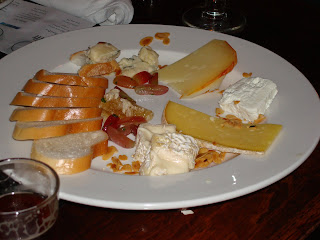 it is really hard to type out stuff for this blog when I am locked inside a cooler box for so long. Every now and then Gary will bring me some pierogis to eat and 10 more cases of beer to squeeze in
somewhere. But I also get to try the bottles before I put them out, some may call it quality control, I just call it thirsty.


Anywho, a few weeks ago we had a little Ommegang beer and cheese event here. Our wonderful head chef took a ride to the cheese mecca called DiBrunos, and this is a little sample of what you got. It also sold out. 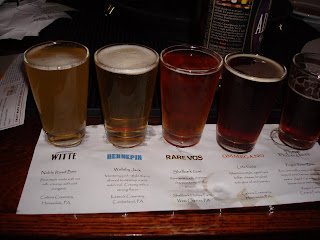 5 lovely beers were pouring and later on the much ballyhooed Adoration came flying out of the cooler in record pace. As in 11 bottles were drunk at the bar and tables during the course of the night. 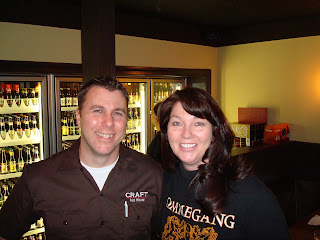 Last but not least, Mr. Fry and Miss Megan (Ommegang rep),
all smiles after a hards day night. Thanks to all you fine folks who made it a great event!
Posted by Dan Bengel at 7:06 PM